Last year was a busy one for the travel industry worldwide; outbound trips increased by 6% according to the World Travel Monitor. And, it’s expected to increase a further 5% this year.
At the Internationale Tourismus-Börse (ITB) Berlin, the world’s biggest travel trade show, tourism reps from countries around the world compete for the attentions and bookings of tourists from all over the world, as well as the businesses that will bring them in. For Asia in particular, where interest from Europe has always been high, there’s been a marked uptick in certain countries with more tourism expected than in previous years. What are the hottest spots in Asia this year, and why?

The Philippines with its improved connectivity & infrastructure

The Philippines might have suffered some setbacks in recent years due to negative press around the southern island of Mindanao, but Tourism Representative Margarita Valdes remains optimistic. While she admits they still face challenges in promoting the country, especially in perceptions regarding safety and connectivity, she said such issues are already being addressed.
New international connections are opening up with Qatar Airways recently announcing new regular flights from Doha to Cebu and Davao, adding to their existing flights to Manila and Clark. The airline flies from Munich, Berlin and Frankfurt, and other major European cities.
With recent improvements in local infrastructure, top tourist destinations are now being served by domestic airports with frequent flights to and from the country’s major cities.
“Whatever challenges we may have in any market, it is encouraging to see that the Philippines’ total tourism figures still continue to grow, which is a strong indication of a global interest for travelling to the Philippines and experiencing the fun on our shores,” Valdes said.
The Philippines reported a 10.96% growth in tourism arrivals for 2017. That translates to 6.6 million tourists, with over 675,000 of them coming from Europe –a 7.3 % increase from the year before.

Japan with its stellar safety record

With the World Travel Monitor reporting that about 41% of international travellers this year are set to change their plans due to terror threats and 33% looking into changing their travel plans to safer destinations, stable Japan remains a top choice for travellers going to Asia.
Jenny Alisa Bergold of the Tokyo Tourism Board said that in 2017, 180,000 tourists from Germany travelled to Tokyo, with these numbers growing every year.
“When people go to Japan, they know they can have a worry-free holiday,” Bergold said. This, she added, is the city’s major attraction. “It’s a crazy but traditional megacity – and it’s very safe,” she added.

Malaysia, meanwhile, is expected to receive more tourists due to increased connectivity and its rising popularity as a medical tourism destination. Germany’s Condor Airlines is launching direct flights between Frankfurt and Kuala Lumpur in November. This will make things easier for Europeans looking for affordable, health alternatives.
With Kuala Lumpur’s Prince Court Medical Centre a permanent fixture in the Medical Travel Quality Alliance’s annual list of Top 10 Hospitals for Medical Tourists, the country is becoming synonymous with treatment and recovery while on vacation.
Malaysia has also set an ambitious target of boosting visitor numbers to 36 million by 2020, and is expected to push for more promotional efforts abroad, even signing up as the partner country for ITB in 2019.

The Malaysian booth at the ITB in Berlin.

Bali has always been a popular destination for tourists from the west looking for something distinctly Asian. The same World Travel Monitor report said around 25% of all international tourists had the feeling that their destination had been “overcrowded” in 2017. Around 9% even said that this directly affected the quality of their holiday.
With a growth of 22% in tourist arrivals last year, Indonesia’s tourism ministry is now looking into working with wholesalers, tour operators and airlines to bring more people in other parts of the country.
“We believe that one of the key factors in boosting the numbers is working together with them to reach B2B and B2C,” said Deputy Tourism Minister for Marketing Nia Niscaya. “It’s still challenging to promote Indonesia because people tend to focus on Bali,” she added while noting that the small island accounts for almost half of their tourist arrivals every year.
They are, however, working harder on promoting their other destinations. “We have so many islands–that’s why we want to promote places like Lombok and Kalimantan too. We understand that Bali has its magic and it was our first destination promoted to the world but please come see our other islands too,” Niscaya added.

Indonesians in their traditional clothing at their ITB-Berlin booth.

It seems like there is no stopping the Korean Wave (hallyu), and its tourism industry continues to reap the rewards. “It’s our attractive historical traditions,” Seoul Tourism Organization’s Jiyoon Jung said when asked about what makes Korea attractive to tourists from all parts of the globe. “And for the younger people, they like Korean music and drama.”
Filming locations of popular Korean dramas like Goblin, My Love from Another Star, and Descendants of the Sun, attract hoards of fans not just to Seoul but in nearby towns as well. In the first two months of 2018, over two million tourists have already visited South Korea. 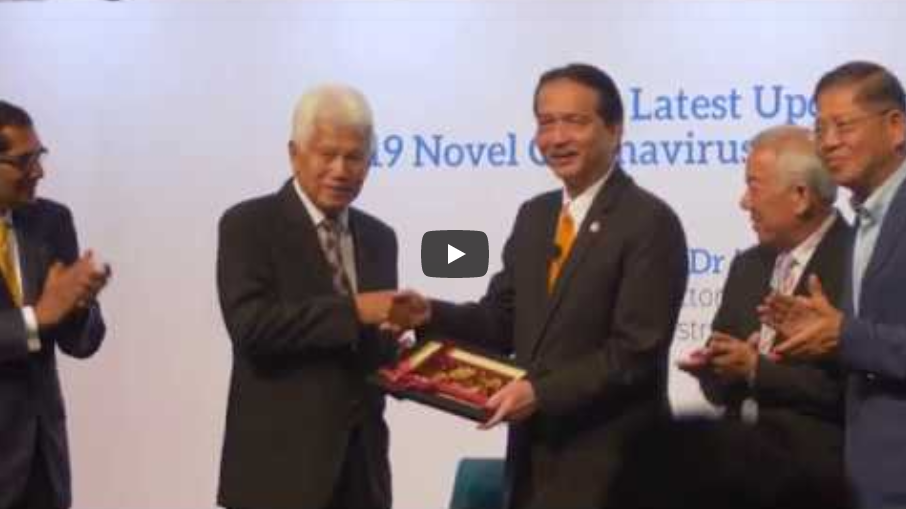 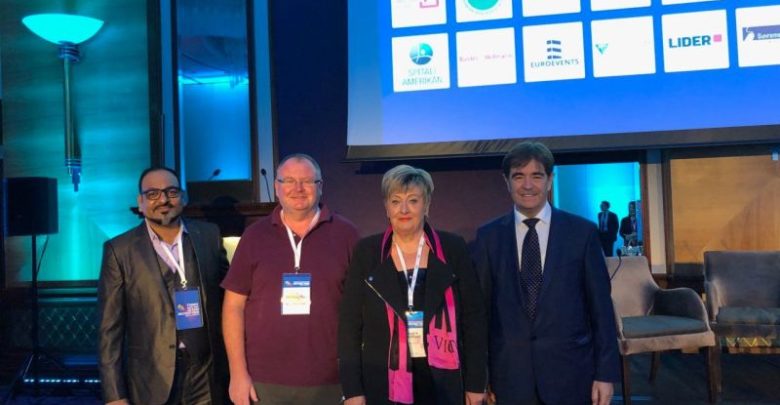