Commentary: Malaysia is beating all these brutal COVID-19 expectations

Commentary: Malaysia is beating all these brutal COVID-19 expectations 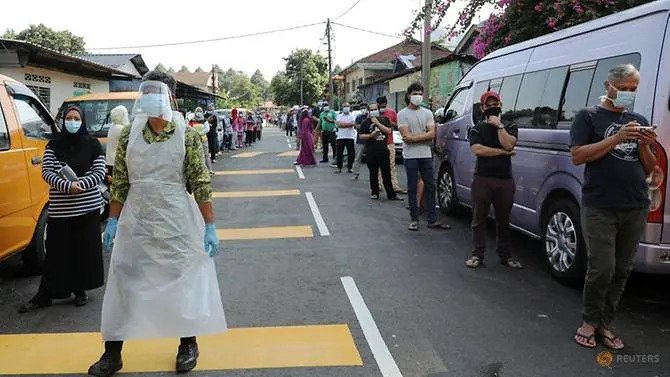 Malaysia’s effectiveness in tackling the COVID-19 outbreak in the absence of critical advantages and extensive resources offers an instructive example for countries to study, says a researcher.

SYDNEY: To the casual observer, Malaysia’s handling of the COVID-19 outbreak may seem bungled.

Media reports highlighted a mass religious gathering later linked to thousands of infections and the Ministry of Women’s advice that wives maintain a presentable appearance and avoiding nagging and sarcasm under lockdown.

But Malaysia’s response deserves greater recognition as a meaningful example for countries that have insecure borders, significant mobile and vulnerable populations, larger households in denser living conditions and less than ideal political situations.

Malaysia’s surge in COVID-19 cases came just two weeks after a political crisis saw the government change hands outside of the election cycle.

Malaysia’s efforts have been spearheaded by the reassuring leadership of Health Director-General Dr Noor Hisham Abdullah, whose resume combines a depth of medical knowledge with formidable public policy experience.Advertisement

He and the frontline professionals at the Ministry of Health have been supported by politicians to lead the response rather than being overshadowed by them.

Activities have been consistent and nationally synchronised and public messaging clear, factual and accessible across new and old media. A strong and well-resourced public service with depoliticised leadership is proving invaluable.

Aggressive contact tracing and strategic testing have also been central to recent success. Like others, Malaysia struggled to scale up and broaden testing at the beginning of the surge.

And since late March, virus hotspots have been quarantined under enhanced lockdowns and mobile testing has been deployed to test all residents regardless of symptoms.

All positive cases are hospitalised to prevent the spread of COVID-19 among households and communities, with makeshift hospitals erected to increase surge capacity. These measures respond to the testing and containment challenges facing Malaysia.

Malaysia arguably has a clearer picture of community transmission and overall virus spread than many countries, despite appearing to have tested less.

This is a result of expanded testing at the height of the recent infection surge and testing full sample populations.

With increasing global evidence of widespread asymptomatic transmission and 80 per cent of all infections presenting symptoms less severe than a common cold, testing biased by self-selection based on symptom presentation creates dangerous underestimations of potential outbreaks.

The swift and firm move into lockdown on Mar 18 has been critical to limiting the spread of COVID-19 and isolating cases. Authorities were criticised for the uncertainty created by the sudden move.

With the benefit of hindsight, Malaysia should have taken steps to prevent the mass migration from cities to hometowns. But finetuning details under lockdown was safer than delaying it.

Conveying the seriousness of the situation has encouraged cooperation among residents regarding social distancing.

Malaysia has fewer overall cases than many other countries and much of its population has virtually no financial buffer to economic hardship, yet there is widespread support among citizens for the continuation of lockdown measures.

The lockdown in Malaysia is comparatively strict, prohibiting all movements other than for employment or consumption in a narrow range of essential sectors. Outdoor exercise is banned, with joggers among over 20,000 arrested for movement violations.

An extensive police and army deployment are enforcing compliance, though unlike in places like the Philippines, they are restricted from carrying or using weapons. Selfish panic-buying has largely been avoided and residents were quick to volunteer support for the most vulnerable.

Malaysia’s approach to foreign citizens affected by the lockdown has been pragmatic and humane. It has encouraged undocumented immigrants to be tested and obtain healthcare without recrimination, a promise backed by the Health Ministry and the shutdown of the Immigration Department.

It has reassured all temporary visa holders that they can remain throughout the lockdown and apply to extend expired visas once restrictions are lifted, rather than encouraging dangerous repatriations.

It is also working with foreign missions, NGOs and universities to feed people trapped by lockdown measures.

The government has avoided unnecessary rhetoric around sovereignty and citizenship, despite these being features of the ordinary political narrative in Malaysia and a major part of COVID-19 rhetoric in other nations.

And at a time where the world needs to unite against a common threat, Malaysia is working closely with China, South Korea, the UAE and its ASEAN neighbours to reinforce supply chains delivering essential goods and services.

It has not completely refrained from protectionist measures and the lockdown has disrupted production, but its approach to international engagement remains cooperative and critical of selfish nationalism. Collaboration within ASEAN is essential to sustained virus suppression with fragile borders an ever-present risk.

Like every country tackling the crisis, Malaysia has been learning on the fly and its handling has not always hit the right notes.

Its firm prioritisation of health appears to have suppressed the outbreak but is as yet unproven in the face of mounting and sustained economic disruption.

While the adequacy of economic support requires further appraisal, Malaysia’s health response deserves credit for limiting the spread of the virus and minimising avoidable deaths.