KUALA LUMPUR: The Movement Control Order (MCO), currently in its third phase, has been extended by another two weeks until May 12.

This was announced by Prime Minister Tan Sri Muhyiddin Yassin in a special televised broadcast today.

Muhyddin also did not rule out the possibility of another extension beyond May 12, subject to how the situation develops.

“During this period, the government will study the latest data from the Health Ministry to determine the next steps.

“I do not discount the possibility that the MCO may be extended beyond May 12, therefore you may not be able to celebrate Hari Raya in your kampung,” he said.

Muhyiddin added that if cases continue to show a downward trend, the government may slightly relax MCO regulations in stages to include several sectors including the social sector.

He also said the government will also allow university students in hostels to return home.

The process to facilitate the movement of some 100,000 students, he added, will be done on the advice of the Health Ministry.

Before they are allowed to go home, all students must be healthy and do not display any Covid-19 symptoms.

“The government may consider a one-time journey for Malaysians who have gone back to their hometowns before the MCO was enforced, to return to their homes.

“As this would involve a big number of people, the government is gathering data and studying the best methods to allow this movement.”

Muhyiddin said those who needed to do so would need to register online or make an appointment at the nearest police station.

The MCO was implemented by the government on March 18 as a measure to contain the Covid-19 outbreak.

On March 25, Muhyiddin announced that the first phase of the MCO, which ended on March 31, would immediately be succeeded by a second phase, lasting until April 14.

A third phase was then announced from April 15 to April 28.

Click here to view the BM version of the speech. 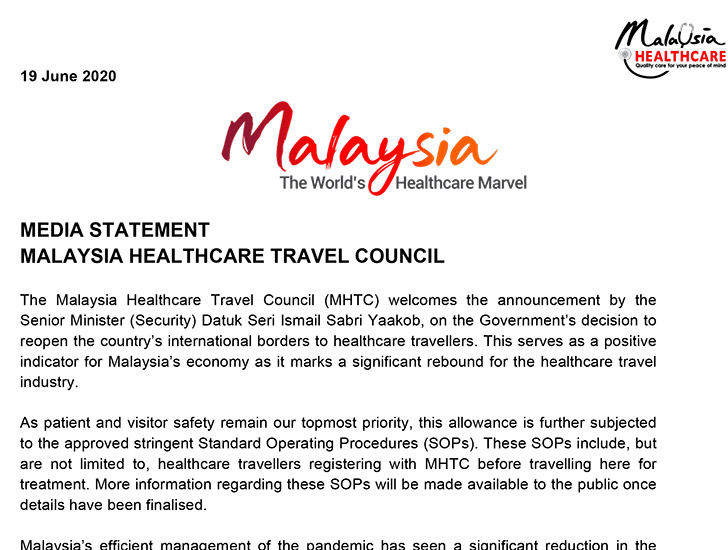