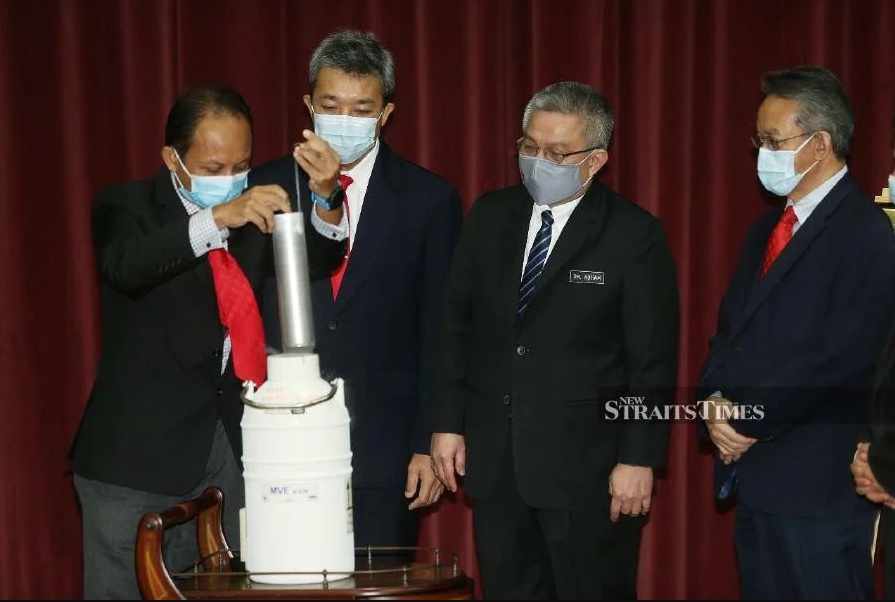 KUALA LUMPUR: The nation’s first oncofertility referral centre, known as the Advanced Reproductive Centre (ARC), is set to give hope to cancer patients who want to start a family.

“Cancer-stricken patients, upon diagnosis, will be referred by their doctors to the ARC and they will be briefed on the option to preserve their reproductive tissues.

“Usually, the impact of cancer treatments are irreversible, so the concept is not to delay the treatment but to also give them the option to preserve the reproductive tissues if they want to have a family.

“We will extract their reproductive tissues, and this will be preserved at our centre between 10 to 20 years,” he told the press after the launch of ARC here today.

Dr Abdul Kadir said awareness on fertility preservation is low in Malaysia and referrals from oncology departments on the matter was lacking.

But with the presence of the Malaysian Preservation Fertility Association (MSFP), he is hopeful awareness will increase.

“We are targeting to raise awareness among patients for these options to be done before their medical treatment begins.

“The option will also be suggested to younger patients and those who are still single so that they have an opportunity to start a family when they are better.”

He said ARC will give opportunities to patients who could not afford fertility treatments.

“The Malaysian fertility treatment is mainly patient-driven. There are fertility services and treatments in the public sector, but these are limited.

“The private sector dominates this field as it is patient-driven. These treatments cost money.

“Hopefully, there will be policy changes regarding this in Malaysia as we saw how in the United States, fertility was listed as an essential service during the Covid-19 pandemic.”

“In 1997, the MAC offered and provided infant tube testing services. The MAC was later upgraded in 2011 as one of the hospital’s centres of excellence.

“Based on a report for the last three years, the centre has on average carried out between 300 to 350 in-vitro fertilisation (IVF) cycles and 300 artificial insemination cases as well as 10,000 reproductive procedures and appointments set per year,” he said.

The ARC will also offer fellowship and diploma programmes in genetic and reproductive fields.

Health Minister Datuk Seri Dr Adham Baba, who launched the ARC today, urged for more scientists in the genetic and fertility fields to utilise ARC as a reference centre. He also urged them to contribute their expertise to the facility.

He said the fertility sector was one of the top three sectors frequented by health tourists based on data from the Malaysian Health Tourism Council.

When commenting on the country’s reduced fertility rate in recent years, Dr Adham said much of it was influenced by socio-economic, lifestyle and genetic factors.

Data from the Department of Statistics in 2016 revealed that the fertility rate of a woman aged 15 to 49 in the country stood at 1.9 babies. This was a decrease from the 2.0 babies rate per women of the same age group in 2015.