D614G Strain Less Important Than Other Risk Factors For Covid-19 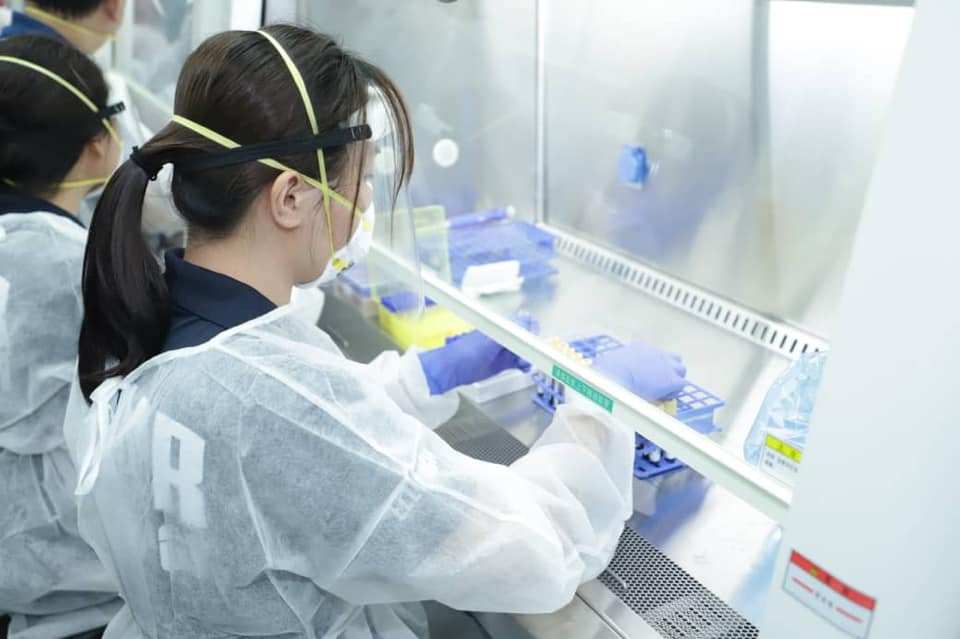 Lab studies suggest, but do not prove that the D614G is more infectious in humans.

All viruses undergo mutation which can occur by chance or through adaptation to its host. The SARS-CoV-2 virus is no different.

When the Covid-19 pandemic started in China, the D614 variant of the SARS-CoV-2 virus was dominant. It mutated to the G614 variant, which was first detected in late January 2020 in China and Germany. In this case, the amino acid at position 614 changed from aspartic acid (D) to glycine (G), hence the D614 variant became D614G. The change occurred in the virus’ spiked protein i.e. the protruding portion of the virus used to enter human cells.

The prevalence of the D614G variant has gradually increased in frequency and has been reported to comprise more than 70% to 97% of global isolates currently.

This has led to several questions. A critical one is whether the D614G variant is advantageous to the SARS-CoV-2 virus, i.e. better adapted to its human host. Has the virus become more infectious and/or more deadly? Will the mutation alter the course of infection in an individual and/or the outcome of the pandemic? What will be its impact on vaccine and therapeutics development?

This debate has been further fuelled by Bette Korber et al’s article “Tracking Changes in SARS-CoV-2 Spike: Evidence that D614G Increases Infectivity of the COVID-19 Virus” published on 20 August 2020.

Korber’s group provided data that the G614 variant spread more rapidly than the D614 variant and became the globally dominant form of SARS-CoV-2 within a month. They interpreted this to mean that the virus is likely to be more infectious, “a hypothesis consistent with the higher infectivity observed with G614 Spike-pseudo-typed viruses we observed in vitro (Latin for “within the glass” i.e. outside the organism)”, i.e. the G614 variant was more infectious than the D614 variant in cell cultures under laboratory conditions.

Korber’s group also reported that patients infected with G614 shed more viral nucleic acid compared with those with D614, and G614-bearing viruses show significantly higher infectious titres in vitro than their D614 counterparts. Their report is summarised graphically below.

A report from the Scripps Research Institute in June 2020 reported that the viral spike protein G614 is more stable than D614, which is “consistent with epidemiological data suggesting that viruses with SG614 transmit more efficiently”.

Gavin Smith of the Duke-National University of Singapore (“Duke-NUS”) Emerging Infectious Diseases Programme and other researchers have been reported to have stated that these laboratory studies suggest, but do not prove that the D614G is more infectious in humans.

Nathan Grubaugh, William Hanage and Angela Rasmussen addressed the issue of the effect of D614G on disease severity in their article, “Making Sense of Mutation: What D614G Means for the COVID-19 Pandemic Remains Unclear”, published on 20 August 2020.

They stated: “Viral load and disease severity are not always correlated, particularly when viral RNA is used to estimate virus titre. The current evidence suggests that D614G is less important for COVID-19 than other risk factors, such as age or co-morbidities”.

With regard to the effect of D614G on control of the outbreak, they stated “it’s impossible to conclude that a single mutation alone would have a major impact in a large, diverse human population based on in vitro infectivity and fitness data.

Paul Tambyah, senior consultant at NUS and president-elect of the International Society of Infectious Diseases, was reported to have stated: “Maybe that’s a good thing to have a virus that is more infectious but less deadly.”

In short, the G614 may be more infectious, but not deadlier as it is not in the virus’ interest to kill the human host.

Impact on vaccine development and treatment

Koyama et al in their article, “Emergence of Drift Variants That May Affect COVID-19 Vaccine Development and Antibody Treatment”, published on 26 April 2020 stated: “The coronavirus genome is highly prone to mutations that lead to genetic drift and escape from immune recognition; thus, it is imperative that sub-strains with different mutations are also accounted for during vaccine development.”

Nathan Grubaugh, William Hanage and Angela Rasmussen stated: “The D614G mutation is therefore unlikely to have a major impact on the efficacy of vaccines currently in the pipeline. Because the specific effect of D614G on spike function in entry and fusion is unknown, the impact of this mutation on therapeutic entry inhibitors is unknown.

“There is no current evidence that it would interfere with therapeutic strategies such as monoclonal antibodies designed to disrupt spike binding with ACE2 or drugs that modulate downstream processes such as endosomal acidification. However, until we better understand the role of D614G during natural SARS-CoV-2 infection, the mutation should be taken into consideration for any vaccine or therapeutic design.”

The Health Ministry’s statement that the D614G was 10 times more infectious was met with various responses, some of which are below.

Awang Bulgiba Awang Mahmud of the University of Malaya “allayed concerns about the higher death rates in other countries and said it might not be due to the new variant being more severe.”

Angela Rasmussen, a Canadian virologist, tweeted: “Hold up…since when has D614G been “found to be 10 times easier to infect other individuals”? It hasn’t. In vitro infectivity, prevalence, and phylogenetic data don’t prove this mutation makes #SARSCoV2 more transmissible.”

Hsu Liyang, an infectious diseases specialist and epidemiologist at the National University of Singapore Saw Swee Hock School of Public Health, stated that the D614G variant has been circulating in Singapore since February 2020 and that more than 100 patients have been found with this variant between February and July 2020. As only a fraction of the viral samples was sequenced, the implication was that thousands of the Singapore cases were due to the D614G mutation.

Comments in the print and social media as well as questions encountered by private medical practitioners were reflective of the public’s concern about the Health Ministry’s statement about the marked infectiousness of the D614G variant.

The Health Ministry subsequently stated, on 18 August 2020, that the D614G variant is more infectious in the laboratory.

This raises questions like: When did gene sequencing of viral samples begin in Malaysia? How many samples have been sequenced? Was the D614 variant the prevalent strain in the early days of the outbreak? What is the prevalence of the D614G variant currently?

The Health Ministry’s statement about the degree of infectiousness of the D614G variant has not been found in a literature search on 20 August 2020.

It would be helpful if the Health Ministry publishes its laboratory findings to increase the body of knowledge about the virus.

Good communication helps in the building of relationships between the public, health care professionals and policymakers. It also helps the public to take more responsibility for their health.

As in the patient-doctor relationship, the closer the relationship between the public, health care professionals and the government, the better will be the co-operation in addressing the Covid-19 outbreak.

In this respect, care has to be taken with public statements to avoid unnecessary public anxiety, and even fear as well as stigmatisation of positive individuals and their contacts. This issue has already been addressed in an earlier article.

The Health Ministry’s statements on the D614G variant being 10 times more infectious raises questions about the quality of risk communication, which the World Health Organization (“WHO”) has acknowledged, is an area of weakness in responses to outbreaks.

“It is essential to communicate risks in a responsible way that protects people’s health, and share information with partners to ensure an effective response.”

Readers can make their own judgments on the Health Ministry’s statements on the degree of infectiousness of the D614G variant.